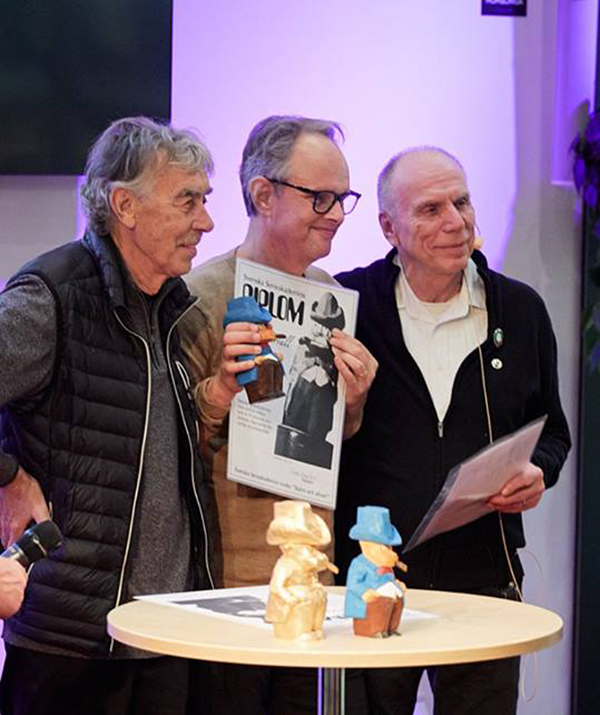 Motivation: ” Per Demervall is awarded with the 2018 Swedish Adamson statue for a versatile and longstanding series of activities that include as distinctly diffrent borders as August Strindberg and Jönssonligan. His Latest comic, the one about the incoming Viking girl Siri, is neither more nor less than a great work. With the script by Patric Nyström, Per Demervall presents a children’s comic fully in class with the best continental artists.”

The prize has handed out since 1965. In addition to me, in 2018 Hermann Hupper and Neil Adams were awarded an Adamson statue as well.