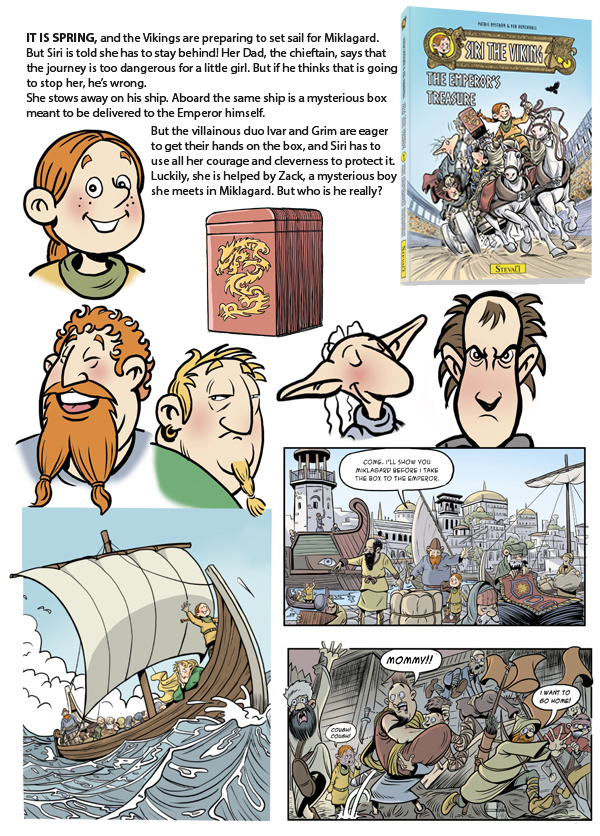 Siri The Viking: The Emperor’s Treasure

A three-book agreement has been signed with the publishing house, Stevali Kids. In cooperation with Eken Press Limited, can we now also present an English edition of the books.

In a hardcover edition with extra material, the first album was released this summer. Second volume this fall, and a whole new adventure next spring. More albums are in progress.                        Nyström / Demervall has already signed an agreement with a Turkish publisher, publishing will start in 2021.

Per Demervall received the Adamson statue 2018 for, among other things, Siri’s adventure. The motivation was: “neither more nor less than a major work”, “a children’s comic in full class with the best continental works.”